How can we make the world safe for democracy and a secular society?

Some say this is the most important question of our time. Relativistic attitudes articulated by postmodernists, unsubtle and dangerous views on the values of multiculturalism in politics, fundamentalist religious groups trying, day by day, to move their positions forward, superstition and pseudoscience spreading in many fields - these are real and serious threats against our humanist ideals. Ideals which include pluralism, tolerance and an open mind, as well as freedom of speech, critical inquiry and human rights.
How the state should relate to different religious and life stance organisations is one key topic we would like to discuss. Another is how humanists best can meet the challenges in an age of globalism. We will also try to find more effective ways of cooperation between the humanist organisations involved in this conference.

Invitation to a Baltic Humanist project

Two years ago the Swedish and Norwegian Humanist Associations began to plan for a Nordic event. Soon it became clear that it would be a good idea to expand the plans to include the whole Baltic Sea region. When we presented the project to humanists internationally, in the area as well as outside, we received great encouragement.
This year's First Baltic Humanist Conference is not to be seen as a single event, but rather as one step forward towards closer relations in the future. The follow-up after the November meeting in Stockholm is even more important than the conference itself.

The main reason for this Nordic and Baltic Sea project is threefold:
• The Swedish Humanist Association would like to increase its international engagement
• We have discovered a need and a possibility to improve the exchange
of ideas and sharing of experiences among neigh bouring countries in
Northern Europe
• Humanist organisations that are nationally already well established
could make a bigger difference in supporting activities abroad, especi
ally where secular forces are weak or even absent today

In the actual area this last point means a challenge for us to reach out in nations where, until now, the international humanist movement has no associated partners.
As far as we know this is still the case in Estonia, Latvia and Lithuania. A long term goal is therefore to search for and invite people from these countries, who are willing to join us in our common project. Hopefully it may lead to a more dynamic and influential role for humanism in the whole region.

Humanist report
A more immediate result, already in sight after this year's conference, is a clearer view of the conditions under which humanist groups live. In order to be able to compare the different situations in countries around the Baltic Sea region we will prepare an enquete, complementary to the questionnaire the IHEU already sent out last year. This will be carried out before the Stockholm meeting.
A preliminary report is then going to be presented before the conference, during which it will be analyzed and thoroughly discussed. The final report is to be completed afterwards. We ask for your help with this task. The enquete will be distributed to all existing humanist organisations in the region.

We are happy to invite active humanists, primarily from this part of Europe, to a three-day-event in Stockholm. The conference will be held at Campus Konradsberg, premises of the Stockholm Institute of Education. The Campus is located in one of Stockholm's most beautiful parks, only 5 minutes by underground from Central Station. For further information, map etc.: www1.lhs.se/lhskonferens/eng_kom.html

15.15 Public debate: Secularism and the Modern State
Morgan Johansson (Minister for Public Health and Social Services, Sweden) and political representatives from other countries

17.30 Social activity (drinks will be served in connection to the conference hall)

09.30 Debate: Secularism, Tolerance and the Freedom of Speech The Demarcation of Humanism in a Democratic Society, in the aftermath of the Muhammed drawings in a danish paper Speakers: Andrzej Dominiczak (President, Polish Humanist Association), Lars Gule (Ph.D., Oslo University College/NHA), Arne Ruth (Journalist/Author, Sweden), Dhyan Vermeulen (Ambassador for Humanist Ethical Education, Humanist Alliance of The Netherlands) and others

09.30 E. What's in a word? How we can understand the notion of Humanism, Secularism, Religion and related concepts
Speakers: Terje Emberland (Ph.D., NHA) and others

Applications - along with your payment no later than October 1st - can also be made over our website as from August 1st: http://www.humanisterna.se/hEvenemang.asp?f=ab&a=164 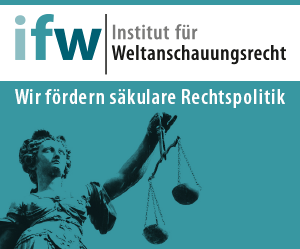